Mayor of Banja Luka, Igor Radojicic, and RS prime minister, Zeljka Cvijanovic, visited the Cultural Center Banski dvor on January 13 and announced thereby that it would soon be reconstructed.

Cvijanovic said that the RS Government will finance the reconstruction first phase in the amount of 2,5 million BAM.

– This is a big project and it will be implemented in a few phases. The reconstruction includes the remediation of the roof, facade and other necessary works. Banski dvor is a huge resource of Banja Luka and the Republic of Srpska and I believe that this institution, upon its reconstruction, will operate in its full capacity, Cvijanovic said.

Mayor Radojicic said that the news is great for Banja Luka as it is an opportunity for Banski dvor to finally start operating in its full capacity.

– We have been waiting for years to start with serious reconstruction, and a significant part of the building is out of function at the moment. The first phase includes the replacement of the roof, facade and carpentry. After that, plumbing system can be remedied. With the reconstruction process finished, all Banja Luka`s citizens will have a multifunctional space for cultural and other events – Radojicic said and added that the City already started with the reconstruction of the city center that shoud gain new appearance.

The host of the meeting was the executive manager of the Culture Center Banski dvor, Mr Mladen Matovic. 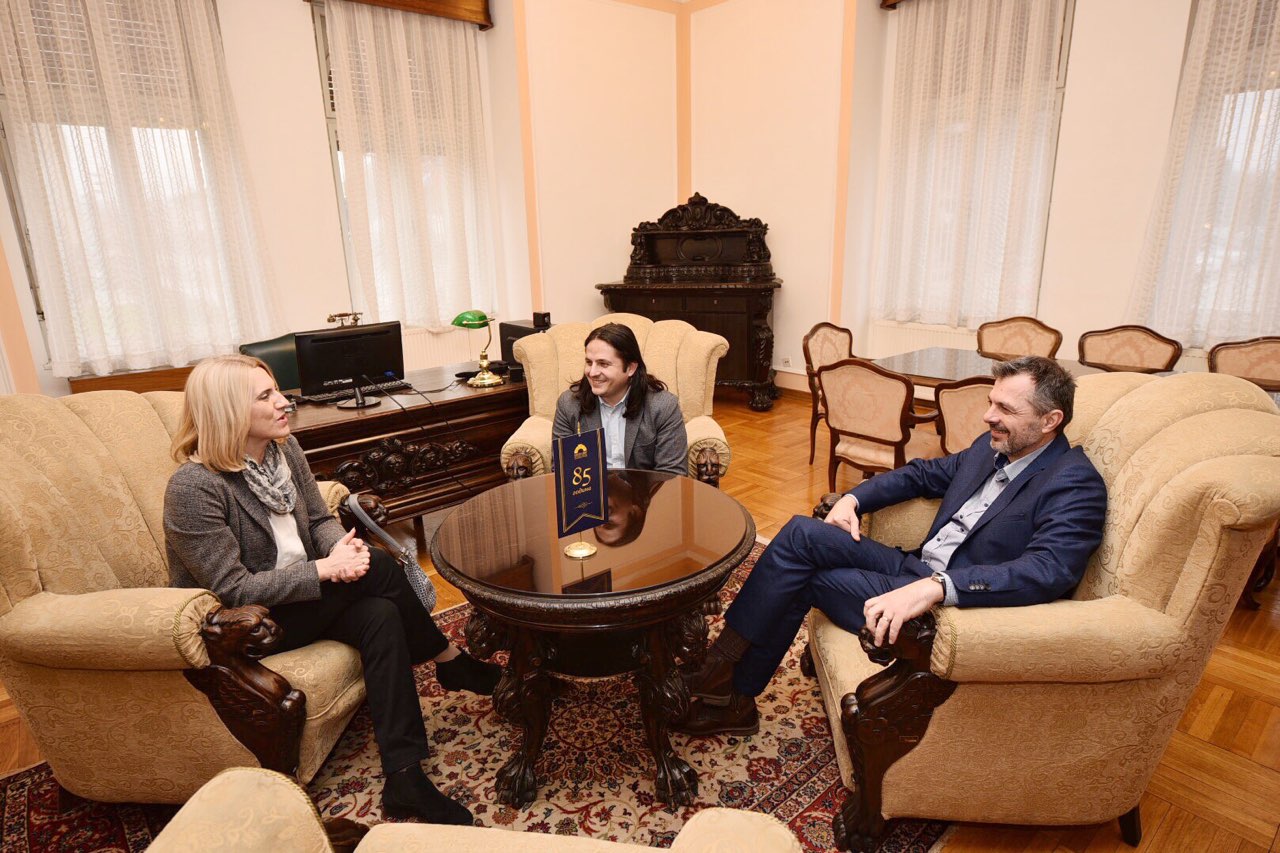