Mayor of Banja Luka, Mr Igor Radojicic, and the executive manager of the company „Prijedorputevi“ („Prijedor Roads“), Radenko Crnogorac, signed a contract on the construction of a new Green Bridge over the Vrbas River. The new bridge will be built on the site of the old one.

Mayor Radojicic reminded that the Green Bridge was decided to be put out of function the year before due to its dilapidated and unsafe condition.

– In only few months we made necessary preparations: we settled property and legal issues, had the preliminary project designed, ensured funds and a bid. This bridge is going to be far better than the one before. It will contain two lanes. It will be 80 m long and 40 m wide, with pedestrian and cycling track, lighting and a lookout. I invite citizens of Banja Luka to show patience by the end of the year, when we shall finally have a connection between the eastern and western transit. It should certainly ensure a better traffic flow between the two Vrbas banks, Radojicic said to the press after the contract signing ceremony.

The executive manager of the company „Prijedorputevi“ („Prijedor Roads“), Radenko Crnogorac, said that the construction of the new bridge would cost around 2,2 million BAM. The construction deadline is five months.

– I would like to thank the Banja Luka city administration for the trust and for commissioning our company to construct the new Green Bridge. I hope that we shall not face serious difficulties during the construction phase that might postpone the set deadlines. The construction of this bridge will be specific as it is a reinorced concrete structure, and the bridge abutments are very heavy. It will be the biggest challenge during the construction works. The first phase of the works, which is basically the removal of the old bridge, will start immediately. Next to the bridge, access roads will also be constructed, Crnogorac said. 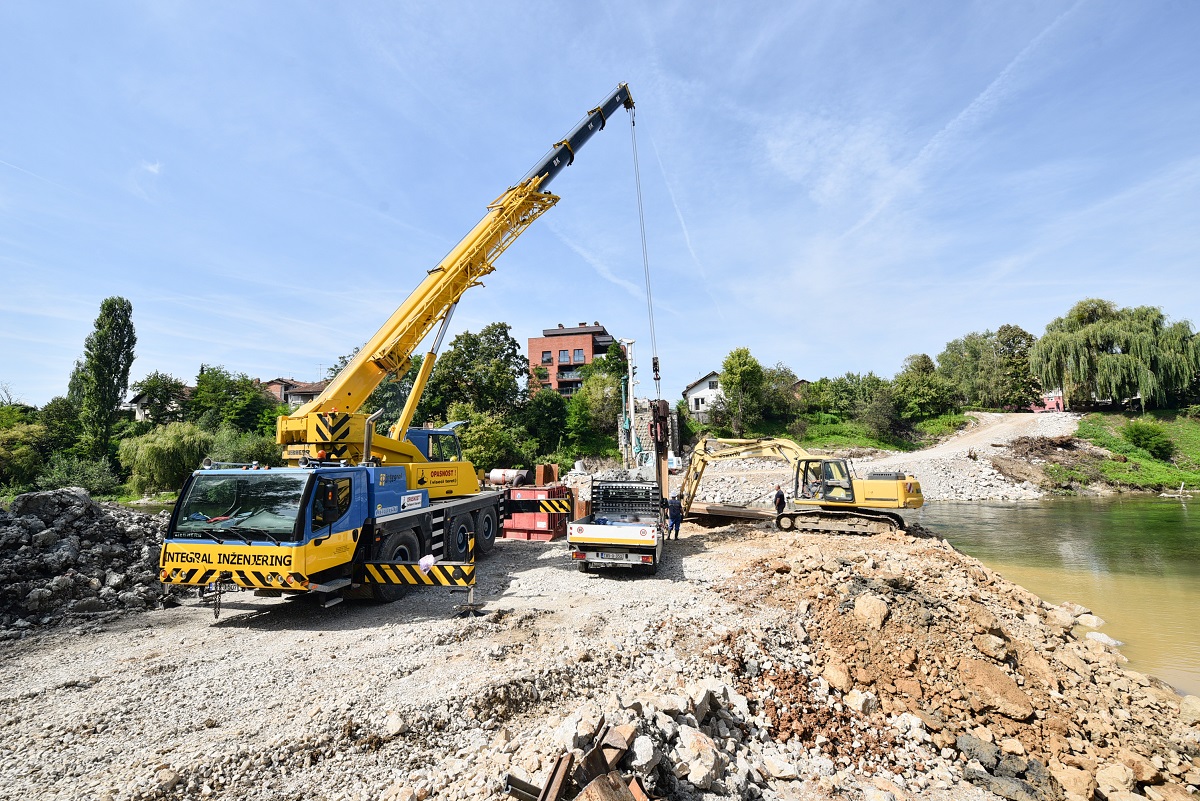