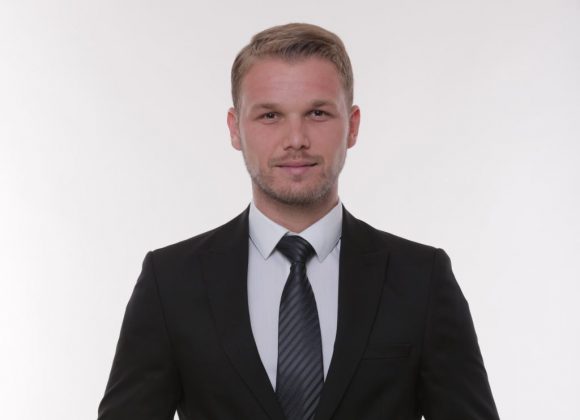 my greeting words will be short, because in the time ahead of us, each an all of us expect real work and visible results. I will give myself the right to address you and write to you only when I know that I have done something concrete for you, your beloved ones and our city.
Thank you for your trust.

He began his political career at the age of 18. In 2014, he was the youngest candidate in the General Elections for a Member of the National Assembly of the Republika Srpska, when he did not win a mandate. Two years later, he was nominated for a counselor in the Banja Luka City Council, when he became the youngest councilor in the history of the local Assembly with 2,000 votes.

In 2014, Mr. Stanivuković has founded the Association of Citizens called “Budi DRUGačiji” (“Be DIFFerent”), which aims to motivate young people and help others through various actions. So far, he has organized hundreds of protest walks and gatherings of citizens in various parts of his native city of Banja Luka, but also around the Republika Srpska, in order to point out the problems that citizens are facing. They raised funds for development of schoolyards, gyms, and helped people suffering from various diseases and so on.

He expressed his political and social activism by having organized numerous protests, and pointing out corruption scandals and launching many initiatives during his mandates in the City Council and Parliament.