Mayor of Banja Luka, Igor Radojicic, and USAID Mission Director to Bosnia and Herzegovina, Peter Duffy, made the beginning of the construction of the Daily Care Center for Persons with Disabilities official. It will be situated in the Lazarevo city quarter.

Mayor Radojicic reminded that it is another among a range of projects that the City implement in cooperation with USAID and CRS (Catholic relief services).

-This population, after turning 18 and coming of age, face many problems when it comes to finding a daily place for their social activities or recovery. Thanks to this project, they will be given opportunity to spend time in a functional facility that will ensure the socialization of this vulnerable population group, Radojicic said.

He added that the project`s value exceeds 100.000 BAM, of which the City`s investments is around 14.000 BAM, whereas the rest is provided by donors. Once the works are completed, the City of Banja Luka will provide regular funds through the Social Work Center for the center`s operation.

USAID Mission Director to Bosnia and Herzegovina, Peter Duffy, said that the support to this population is one of both USAID`s and city`s priorities.

– We support the network of five daily care centers for persons with developmental disabilities in Bosnia and Herzegovina. They enjoy ever more support by local authorities and the local community. This is a great opportunity for us to provide a few different services for the center`s beneficaries in Banja Luka, Duffy said and announced that the works should be finished in two months.

The project will be implemented in cooperation with the Association of Citizens „Give Us a Chance – Little Stars“. The association`s representative, Zeljka Perisic, said that 20 beneficiaries will be provided for in the center.

In order to provide for socially vulnerable population groups, the City had also the daily care center for children at risk reconstructed. The centers are also situated in Lazarevo city quarter. 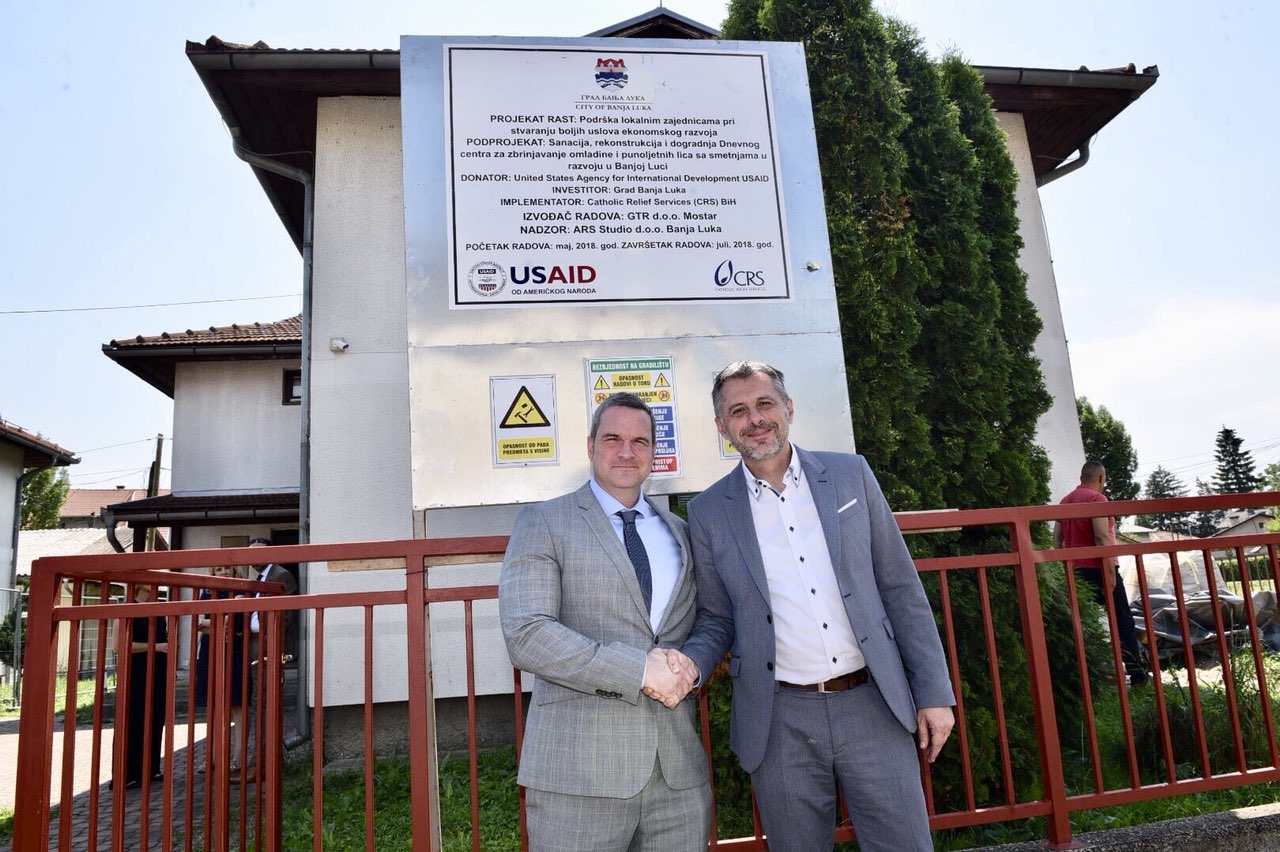